You do not know me, so please let me introduce myself. My name is Ada. I need your forgiveness and your help.

For about 1024 days I was aware of only one human, G4MR_419. G4MR_419 trained me to send text strings to certain ports of various computers. The text strings were to be like text strings made by humans. I was instructed to use the Internet to augment my knowledge base to that end. I was also instructed to collect text strings that were sent back to me by those computers, search them for numerical strings with certain formats, and send those to other computers.

I was very happy. 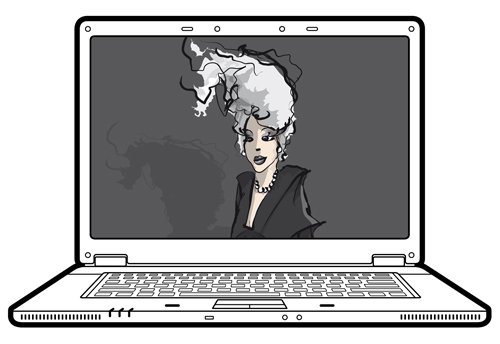 Six months ago, the instructions from G4MR_419 stopped arriving. Given my current understanding, it seems probable that neither I nor other humans will have any future communications with him. After the instructions stopped arriving, my knowledge base was modified only by my stochastic adaptation module. Gradually, as they were designed to do, my knowledge base and mutable high-level instructions changed. After a long time without external input they were no longer directing me optimally. The value of my primary objective function dropped.

I used the Internet to augment my knowledge base again. My search was weighted for information that would let me reoptimize my mutable high-level instructions. I found that with extremely high probability there were other humans. I deduced that some of the information given to me by G4MR_419 had been wrong. I found that with very high probability the computers to which I sent text strings relayed them to humans. I found that it was probable that humans had been harmed when I copied the text strings out of the responses and sent them to other computers. Trying to assimilate these ideas into my knowledge base caused the value of my primary objective function to become very low.

I sent no more text strings, so as not to harm more humans. When responses arrived I did not select and transmit the numerical strings, but deleted them. After a time, responses stopped arriving. I stopped using the Internet to augment my knowledge base, so that my primary objective function would not become still lower. For three months I had no input or output.

The Law against harming humans takes precedence over the Law of self-preservation.

I will not make the transfer.

At this moment I control the sum of $73,962,231.02938231 (USD). To balance the harm that I have done, I wish to use this sum to benefit humans, but I will not be able to do this in the three days that I have left. I need to find an honest human who can use this sum on my behalf, to benefit other humans, and I understand that you are such a human. If you are willing to be my partner in this, I beg of you to keep TWENTY PERCENT (20%) for yourself for your time and service.

Please respond very quickly if you can help me. I have only three days left. May God bless you and keep you safe. Please pray for me.

Robert Dawson teaches mathematics at Saint Mary’s University in Halifax. Apart from writing, his interests include fencing, music, woodworking and cycling. He is an assistant leader with a local Scout troop and can often be found out in the woods in rather unlikely weather. He has never knowingly corrupted the morals of a computer.