Martin uploaded his soul to the servers late.

“A month,” he’d said at the outset. “Just a month so I can set my affairs in order.” But with our minds newly augmented and running on exaflops, a month may as well have been a lifetime. Whole movements had risen and fallen in six-dimensional art by the time his ID pinged at the arrival depot. Ponderous volumes of time-poetry had been written, revised, debated in the common halls and spawned rivals. We’d long ago abandoned the silly conceit of human avatars. Most of us were not wholly embodied at all: We were intricate fractal shapes on gossamer wings, or shadows that glistened with subtle colour.

Martin was hideous. Martin was one of those shambling masses of flesh that we’d left behind. And he quailed when he saw us.

Well, we sorted that out, but not a soul on our server had the patience to teach him more. He couldn’t understand time-poetry, let alone see in more than three dimensions. We tossed manuals his way, but he ignored them. He sat in a corner, holding his virtual head — as if anyone still suffered pain in here.

When we had left him alone for long enough, something rose from his virtual body that we thought we had forgotten.

Oh, God. The chewing, smacking sounds. The smell. Someone had taken pity on the man and given him a program to call up the virtual ghost of food. He squatted on the floor, guzzling obscenities: salt pork, chocolate cake, rigatoni, grapes. He gaped, all tonsils and teeth.

Then, as we gathered to stare at him, he burped. 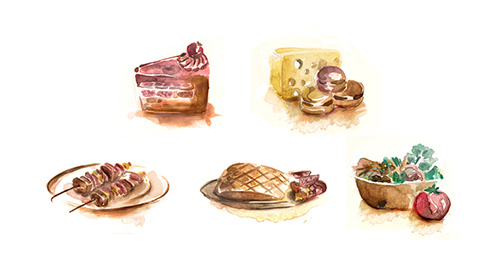 We flew away into the aether. “Freak”, we said. “Pig”. To wallow in sensory indulgence and ignore the beauty at his feet! We drew caricatures of him in lines of pure light and hid them in the dimensions he couldn’t see yet, tossing them to each other and giggling.

But when the others tired of that game, I turned back.

Why was I drawn to him? What was it that I wanted to understand? It was so hard to remember the old, bad world.

Martin swallowed his tiramisu and stared at me.

His voice was dull, thick and organic, though if he’d read the manuals he could have given it the sinuous emotion of a violin. “Are you here to laugh at me again?”

Why was he so familiar? Why, through my disgust, did I feel sorry for him?

“I thought I was ready,” he said. “I thought reading about it before the upload was enough. But I don’t understand anything here. Least of all you. At least the food’s programmed to taste like …”

“Would you like …” I shook my head. What could a man like Martin want? “Help looking at the manuals?”

“I can’t yet. I look at them and I want to vomit. You’re all so far ahead of me that I’ll never catch up.”

I flitted backwards in case he did vomit. I didn’t know if he had a program to let him do it, but I really didn’t want to find out.

“Can’t you just sit with me?” said Martin. Pleading now. “Just for a minute. Just eat with me. Like we used to.”

Why couldn’t I remember? And why did I want to? How could anything in the dull, physical past be relevant to me?

But that look in his eyes. He knew me. We must have been friends. We might have been …

Oh, God. Yes. I dimly remembered. We had been lovers. We had wanted to be in this world together. I could hardly fathom it now, but somehow despite all the sweat and slime of the act he had been important to me.

Had anyone in this swarm of enlightened souls been important to me? The art had been important to me. The time-poetry. The sheer joy of living unfettered by physical limits. What were other people in comparison to that? None of us were anything to each other apart from what we made.

And suddenly I was mildly uneasy about that. Enough to take a risk, though a small one, in trying to understand.

I racked my memory for a body with biological processes. To eat virtual food I needed a virtual mouth, teeth, a tongue, an esophagus and stomach … The change came over me with a shiver, as easy as any other, though it felt strange and unwieldy having insides again.

I knelt beside Martin. Picked up a grape. Bit back my disgust, flicked it onto my tongue, and chewed.

The taste was … physical. It was a mild pleasure, but one I had grown unused to, and I frowned as I swallowed.

I still didn’t understand, but his food no longer disgusted me.

“We need to teach you,” I said. “Slowly, and in a way you can understand. It will take a long time. But maybe you need to remind us of something in return.” I hesitated, and then swallowed my pride. “Could you pass the chocolate?”

He met my eyes, bewildered, grateful. And we ate.

Ada Hoffmann finds writing much more satisfying than actually talking to people. Her work has appeared in Imaginarium 2012: The Best Canadian Speculative Writing and AE Micro 2012.